A Concert for All Ages - The Women's Inner Circle 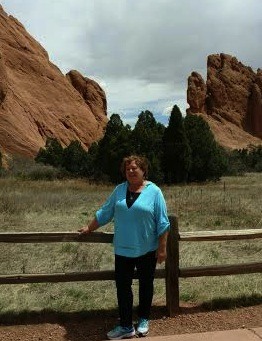 Unfortunately, this terrific concert that took place at the Dr. Phillips Center for the Arts in Orlando, FL on Saturday, June 11, 2016 at 8PM is now forever linked in my experience with the horrific tragedy that followed just a few hours after my safe return home. However, that does not diminish the enthusiastic crowd and the talent that performed onstage for two hours.

Joshua Bell, this generation’s virtuoso violinist, was infectious and his command of his instrument is nothing short of remarkable. He had the audience in the palm of his hands. His performance of Vivaldi’s “Four Seasons – Spring and Summer” with backup from the Orlando Symphony Orchestra was effortless and the audience applause was deafening. He re-entered the second half of the concert with his good friend, jazz trumpet player Chris Botti. Together they played classical renditions, then Botti took over the stage with his phenomenal jazz band and rocked the house! His riffs were breathtaking, enhanced by the drum, bass and piano solos by his group. In addition, he called to the stage Orlando’s own favorite tenor, Fernando Varela, and the match was perfect.

In addition, at one point Botti stopped and asked if there were any student musicians in the audience and a few responded. The exchange led to Chris Botti noticing that two seats in the front row were empty and he told the staff to escort the boys to those coveted seats. This impromptu exchange received a warm response from the crowd. The boys were thrilled, as they should be, and shook hands with the world renowned trumpet player before they sat down. This was a concert for all ages and promoting music and the arts for future generations is what we all need to do.

Geri moved to The Villages, FL five years ago and has never looked back. She is a retired teacher and high school administrator from Queens, NY and is currently an adjunct instructor of English at Lake-Sumter State College in Leesburg, FL. Geri is a former theater critic of Broadway and off-Broadway shows and her passion is the theater. In a former life, she also did improvisation and stand-up comedy in NYC, but now she prefers to sit down. Geri has a son in LA, and a daughter and granddaughter in CO. She visits as often as possible and they are her reason for being.