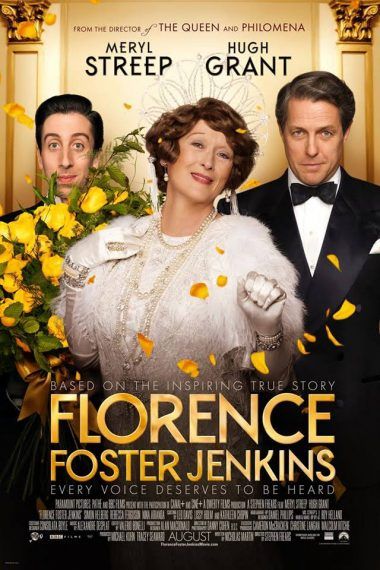 This is the official synopsis of the movie: “In the 1940s, New York socialite Florence Foster Jenkins dreams of becoming a great opera singer. Unfortunately, her ambition far exceeds her talent. The voice Florence hears in her head is beautiful, but to everyone else it is quite lousy. Her husband St. Clair goes to extreme lengths to make sure his wife never finds out how awful she truly is. When Florence announces her plans for a concert at Carnegie Hall, St. Clair soon realizes that he’s facing his greatest challenge yet.”

I thought Meryl Streep (Florence) was fabulous and appeared to have fun in this role.  In addition Hugh Grant (who played her husband) and Simon Helberg (who played her pianist; best known for his role as Howard on The Big Bang Theory) were excellent in their portrayals. 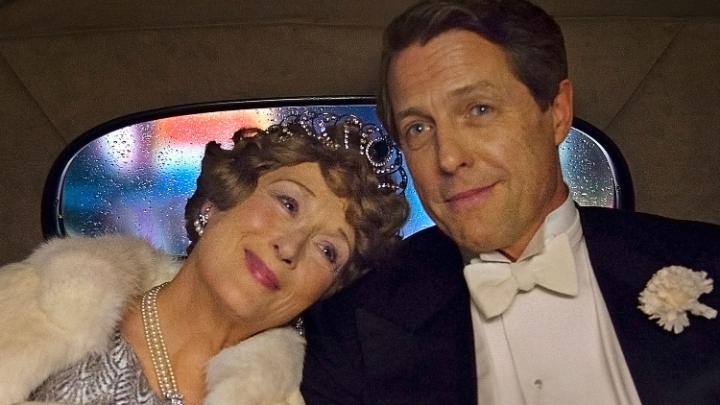 What stood out the most for me was:

In my opinion, the most important lesson of all from the film is that ~ You need to believe in you, and those that truly love you will accept and admire you for who you are. As St. Clair says in the film “without loyalty, there’s nothing.” Not everyone needs to love your passion or your “gift” but if it makes you happy and glow from within, keep pursuing it.