Grace and Frankie is one of the best shows to be produced in a long time.  It is so enjoyable, I’ve gone through the seasons twice already. 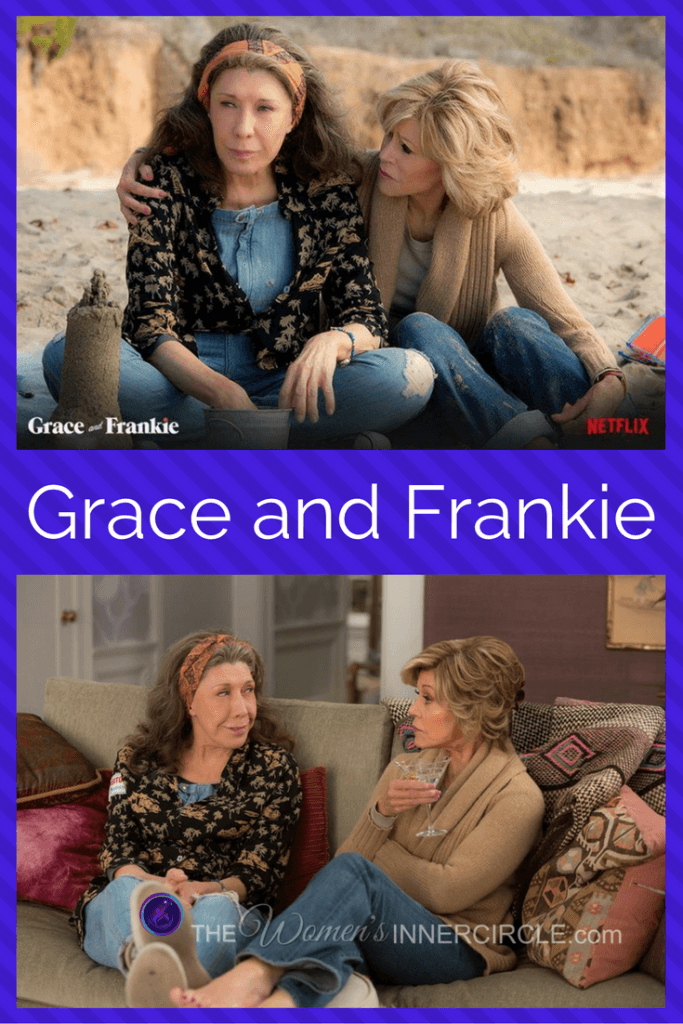 We Love this show! The acting is great, the chemistry between the actresses and actors is sizzling and some of the lines truly promote belly laughing.  Although it is a funny show, some of the episodes are extremely touching, and the show illustrates the many different types of relationships we have in our lives:

The show also illustrates different social issues in our society:

There are so many lines from the different episodes that can be quoted you might just decide to keep a notebook. One of our favorites is: “There’s a group for wives of husbands that have turned gay in their 70’s?”

However, with all of the wonderful things mentioned above, the delight of the show is the relationship that develops between Grace and Frankie.  Grace starts out being an uptight perfect social woman and Frankie a total free spirit, hippy. Little by little they start rubbing off on each other and bring out qualities in the other that they didn’t know existed. It truly illustrates how the strength of each one helps the other become a better woman.

One of my favorite episodes is when Grace went back to her old country club with her old friends from her marriage days.  At first she is ecstatic to be back with them until their comments about Frankie force her to take a cold, hard look at what type of woman she really was. She asks them a very poignant question, and then walks away, from her old life and her old self, being loyal to the new friendship she has developed with Frankie.

“For as long as they can recall, Grace and Frankie have been rivals. Their one-upmanship comes crashing to a halt, however, when they learn that their husbands have fallen in love with each other and want to get married. As everything around the ladies is coming apart, the only thing they can really rely on is each other. This Netflix original re-teams Jane Fonda and Lily Tomlin (“9 to 5”) as Grace and Frankie, respectively, bringing their chemistry to the small screen. It’s a casting reunion on a grand scale, as Tomlin is reunited with her co-star from “The West Wing,” Martin Sheen, who plays Grace’s husband, Robert. And Fonda is back with Sam Waterston, her co-star from “The Newsroom,” who plays Frankie’s husband, Sol.”

“The series follows Grace, a retired cosmetic mogul, and Frankie, a hippie art teacher, whose husbands, Robert and Sol, are successful divorce lawyers in San Diego. Grace and Frankie’s lives are turned upside down when Robert and Sol announce that they are in love with each other and are leaving their wives. Now, the women, who have never particularly liked each other, are forced to live together and support each other as they navigate the next chapter of their lives.” Wikipedia

Typical scene ~ the two sitting on the sofa, Grace with a drink in hand, and chatting 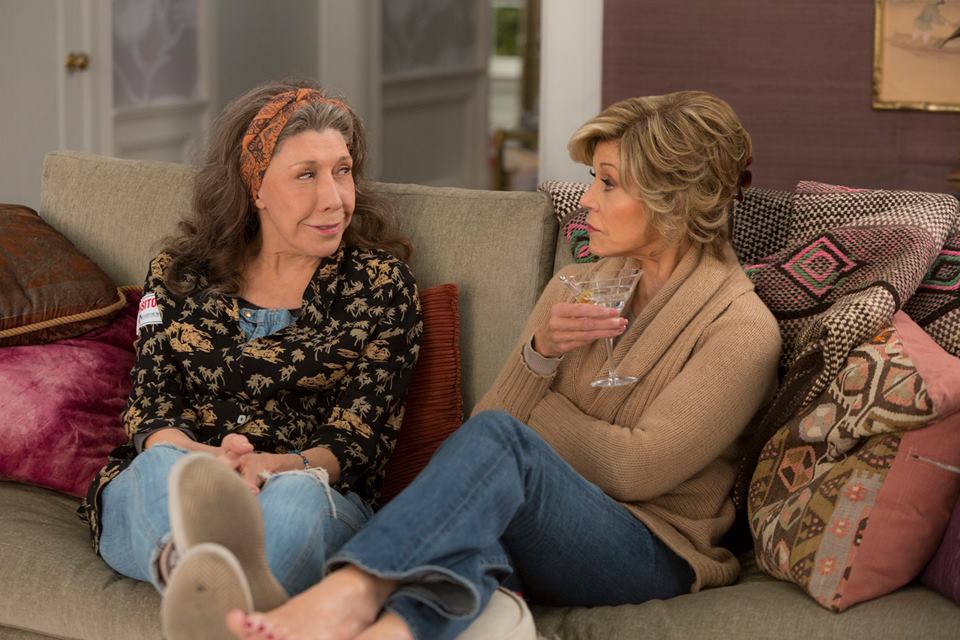 We hope you Enjoy the show ~ Laughter is truly the best medicine!

If you’d like to join our 30 Day Happiness Challenge so you can  introduce more Happy and Laughter in your life, Join us HERE.