The Unparalleled Truth About Anger, Women and Speaking Up - The Women's Inner Circle

Women and Anger regarding Sexual Harassment

Women and Anger is talked about in the article Brave Enough to Be Angry that was just in the New York Times. It is related to all the sexual harassment charges being finally brought to the surface, and talked about. It brings up a lot of questions.

In the article it says, “Thurman is seething, like we have all been seething, in our various states of breaking open or, as Thurman chooses, waiting. We are seething at how long we have been ignored, seething for the ones who were long ago punished for telling the truth, seething for being told all of our lives that we have no right to seethe. Thurman’s rage is palpable yet contained, conveying not just the tempestuous depths of #MeToo but a profound understanding of the ways that female anger is received and weaponized against women.”

In this article Uma also states,

“I did not call myself a feminist until I was nearly 20 years old. My world had taught me that feminists were ugly and ridiculous, and I did not want to be ugly and ridiculous. I wanted to be cool and desired by men, because even as a teenager I knew implicitly that pandering for male approval was a woman’s most effective currency. It was my best shot at success, or at least safety, and I wasn’t sophisticated enough to see that success and safety, bestowed conditionally, aren’t success and safety at all. They are domestication and implied violence.

To put it another way, it took me two decades to become brave enough to be angry. Feminism is the collective manifestation of female anger.”

Final thoughts about Women and Anger

And I feel what naturally follows is that feminism (feminist) is not a dirty word. For too long speaking out, and feminism has been looked down on. I say it’s about time we change this!

So why do we have to get brave to be angry? My opinion is that besides all the things that could be misconstrued, we are again as I initially mentioned, very frustrated. This is not the 18th Century. We are not living in the Stone Age. Why are Women not considered “equal” citizens? {Yes, ladies by law we are not considered equal ~ the ERA has not passed yet}.

Why is this so difficult?  We aren’t trying to be threatening to men at all. Perhaps if we are all a bit braver and have more conversations, all work on increasing our self-esteem and become more empowered, we can get to where we need to be. We need to speak out when it’s necessary and not be afraid to say NO.

And for those men who are using their power (both physical strength and “work” power) to “abuse women,” for G-d’s sake STOP. Practice self-control, practice and practice some more. And when you’re tired of practicing, do it again. Get help if you need to. Think about your Mother or daughter in the place of the woman in front of you. Think about women and anger.

Instead of being afraid of it, try placing more value on the fact that the Dalai Lama said ~ “The Western Woman will save the World.” Let’s do this together!

You can read more about Women and Sexuality here. 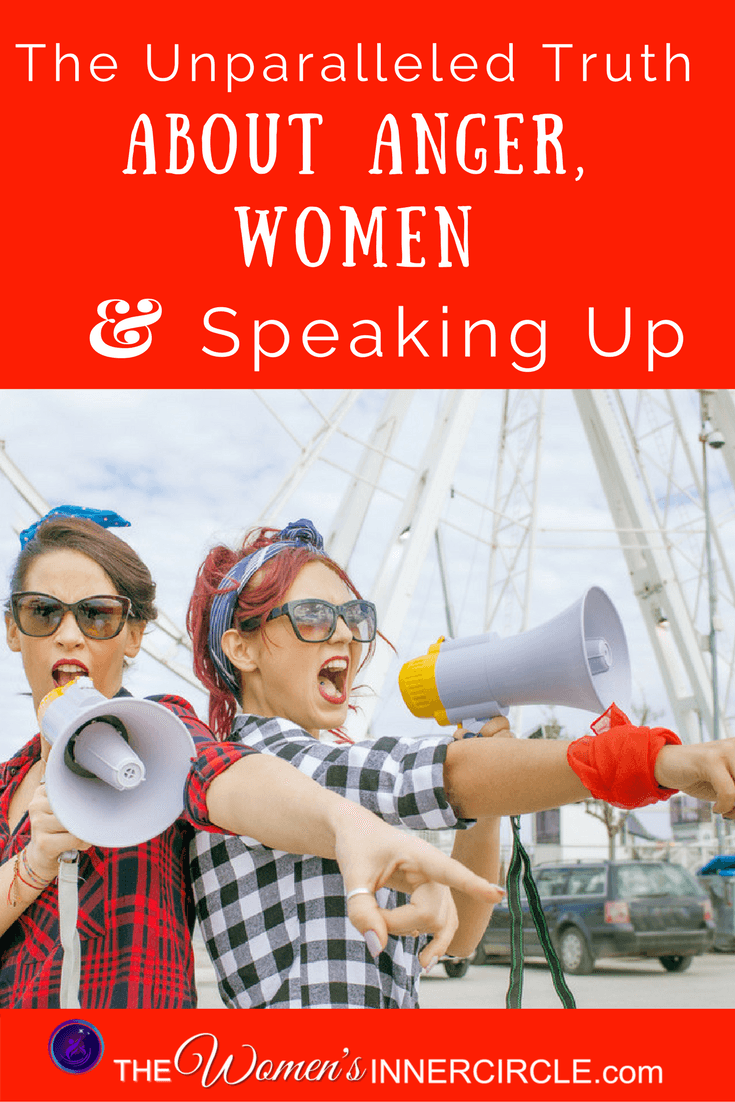