Most people would love to feel safer to travel. With the past years terrorist attacks in Paris, and elsewhere, it is not surprising that many people feel worried and stressed when traveling. The thinking is, if it could happen in Paris, it could happen anywhere else. 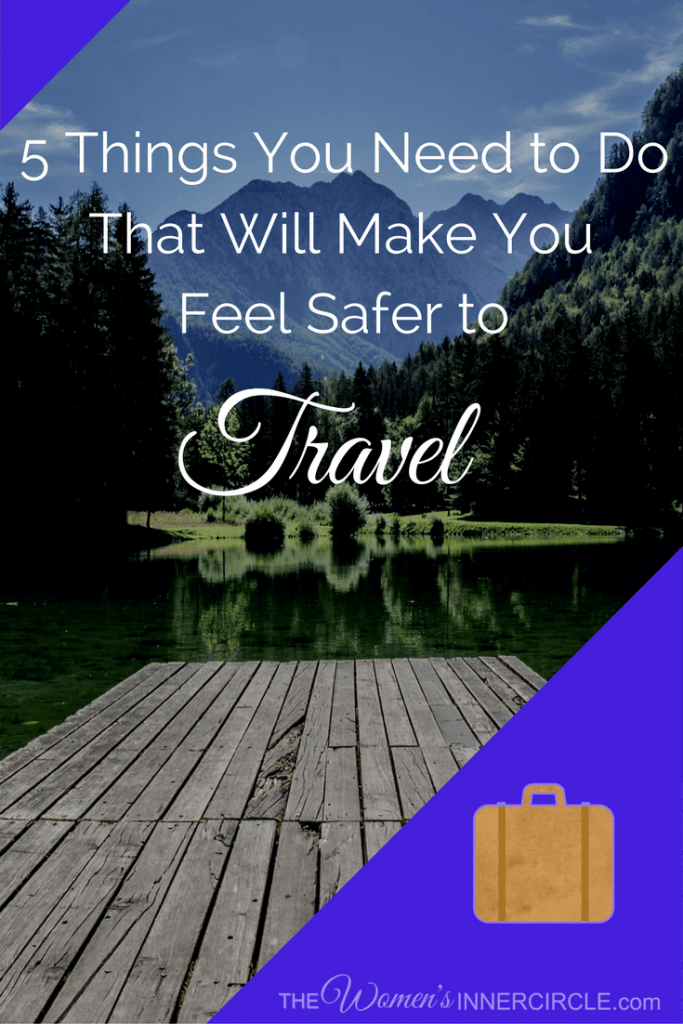 But, ponder this for a moment. Are you willing to miss out on the interesting places you have yet to see, and the kindest people you will have yet to meet? Are you really going to let fear stop you from exploring the world and experiencing the beauty it has to offer?

With more vigilance and a slight change of perspective, you don’t really have to give up traveling to feel safer. Here are some tips to help you work on changing your perspective. If you follow these, it will help you feel safer to travel.

A number of published statistics will tell you exactly how unlikely you’ll get into a risky situation when traveling.  In fact, according to the U.S. State Department, terrorism abroad killed 350 people in 2013 as opposed to the 3,030 people killed in the US by terrorism in the same period. It’s horrible that even one person was killed but you understand the point here.

Statistics will also tell you that street crime and gun violence kill more people at home than most places you plan to visit abroad. In fact, your risk of getting killed in a car crash or getting struck by lightning  is significantly a lot higher than dying from terrorism in other countries.

While the likelihood of another terrorist attack in the next 12 months is not far from impossible, it doesn’t necessarily translate to an increased degree of risk for any individual traveler. Try distancing yourself from the statistics.

It is somewhat normal for people to obsess about big (yet unlikely) risks such as terrorist attacks or deadly epidemics. This may be due to the fact that the media can make a far bigger deal of these isolated situations. However, there are other risks too, that you may tend to overlook but need to be mindful about. Overexposure to the sun is a great example. About one in five Americans are susceptible to developing skin cancer in the course of their lifetime. Yet most people fear terrorist attacks much more.

Other examples of situations, that you need to be mindful about, include your safety while riding motor vehicles, leaving your bag and pocketbook open, and walking alone late at night.

Paranoia keeps you from making sane decisions. Stop … take a deep breath and check your thoughts.

Frightened people make very bad decisions, as their fear is keeping them from being objective and reasonable. We saw this happening in the aftermath of the 9/11. Then, many Americans became very scared of flying, so they chose to drive instead. That decision lead to 1,600 casualties – many of which were due to poor driving or traffic accidents. Not only is this very unfortunate, it is also proof that terrorism paranoia may kill more people than terrorism itself.

When a probable threat arises – say from the outbreak of another virus or a series of terrorist attacks – it is undoubtedly hard to plan a vacation because you have no clue how safe one country is versus another. The truth is – even if you weigh in the risk of one destination over another by looking at its historical records, it’s not relevant.  The truth is that isolated situations do not abide by patterns. The trick is to focus on things that you can proactively control.

At the end of the day, being paranoid about terrorism does more harm than good. Don’t let it stop you from having potentially one of your best holidays yet.

Best Apps to Use in Italy

10 Helpful & Easy Tips You Need to Help Pack For Italy

Places to Visit in Italy

A Taste of Tuscany